Panathur: Six people lost their lives in Panathur on the Kerala-Karnataka border when a bus carrying a wedding party lost control and fell on a house.

The family in the house, including a child, were killed and the people on the bus were rushed to the hospital as they suffered injuries.

The bus was en route to a wedding when the driver reportedly lost control, leading to the accident. More than 40 people were on board the bus when the incident occurred.

The local authorities reached the site of the accident and evacuated the passengers from the bus. 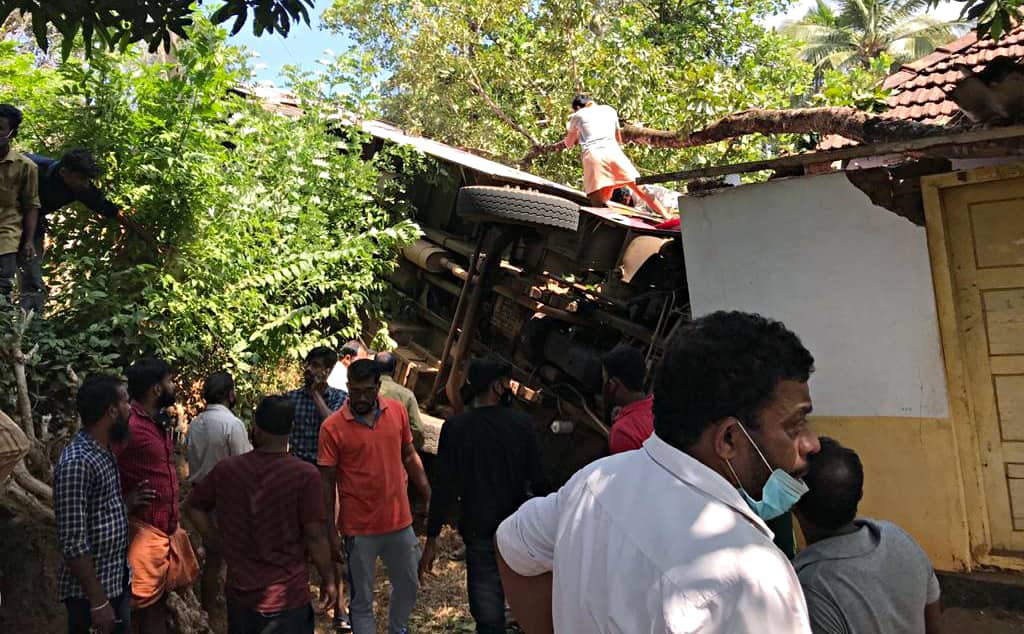 The passengers of the bus were immediately transported to various hospitals in the region including a hospital in Mangalore.