Tirupati: In a heartwarming moment for the netizens, pictures of an Andhra Pradesh cop father saluting his Deputy Superintendent of Police (DSP) daughter have gone viral on social media. The photos that were clicked during the Tirupati Police Duty Meet 2021 are winning the hearts of the people. Pictures show father Shyam Sundar saluting his daughter Jesse Prashanthi who is from the 2018 batch and took charge as Guntur Urban District South DSP.

She is currently in charge of the ‘Disha’ section of the Police Duty Meet in Tirupati, whereas, her father, Sundar, who joined the police department in 1996 as a Sub Inspector is now a Circle Inspector posted in the Police Training Center (PTC) at Kalyani Dam, Tirupati.

Sundar went emotional while watching his daughter on duty and went to her and proudly saluted her by saying ‘Namaste Madam’ (Hello ma’am). In reply, Prashanthi also saluted back and said ‘Thank you, dad’.

While speaking to Zee Media, Sundar expressed, “I believe my child will discharge her duty honestly and will serve the needy people.”

Speaking on the occasion, Tirupati Urban District SP A Ramesh Reddy, said, “We usually see such scenes in films and I would also like to recollect a Hindi move ‘Gangajal’. I personally appreciate Prasanthi for making his dad’s dream come true and I wish her all the best.” 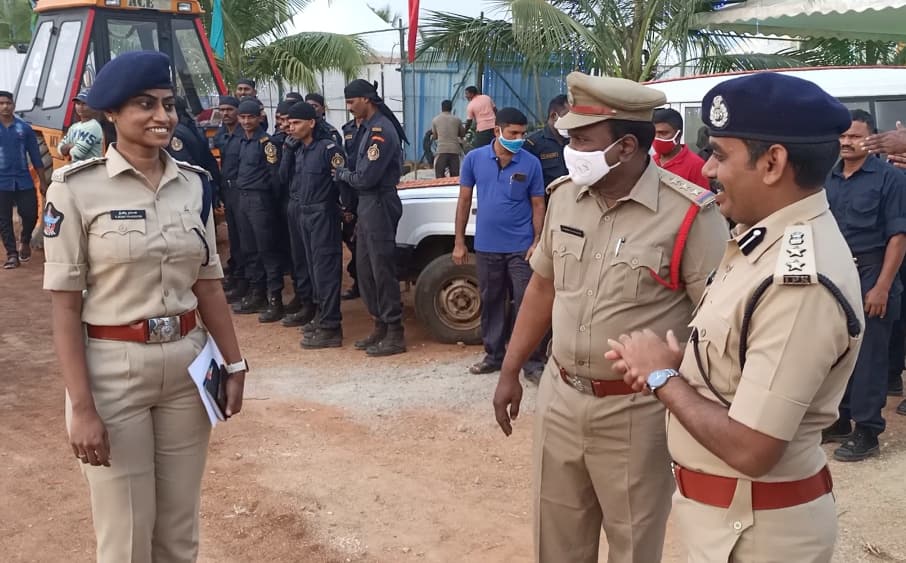 Intelligence Security Wing Dog Squad proved at #IGNITE that they are up to any task; from identifying scents, taking down a fully grown person to being gentle and delivering flower baskets.#PursuitOfProfessionalism #APPoliceServesWithPrideAndCare #APPolice1stDutyMeet #DogSquad pic.twitter.com/ILXEte42Nx

This was the first meet since the bifurcation of the Telugu State.